The Compendium: LegendFire's Annual Anthology, 2021 released for free at Smashwords!

LegendFire Critique Community is as pleased as punch to to announce the release of the premiere issue of its annual anthology, The Compendium. The subtitle of the 2021 issue, inspired by the community's first year of contest prompts, is "Rise From Ruin: Between Misadventures." We tried to fit every prompt in there, but the title was already a mouthful.

The first issue features 6 poems, 2 memoir anecdotes, 5 full-length short stories, and easily a dozen ultra-short pieces that can be read in seconds yet provide the full satisfaction of a longer tale. All this alongside 2 original art pieces rendered by digital artist Aidan Zingler.

As the critique community's membership grows, so too will the length and variety of the Compendium. 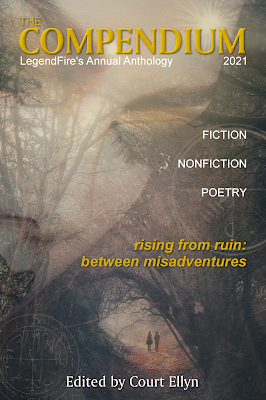 In the premiere issue of LegendFire Critique Community’s Compendium, journey through caves inhabited by ravenous darkness, flee the burning rays of a demon sun, tumble headlong through turbulent seas and accidental misadventures in true-to-life confessions, and much more. Encounter poetry to challenge and delight, tales from a broad variety of genres, memoirs that will elicit sympathy and laughter, and ultra-shorts that can be enjoyed in under a minute.

This sampling of LegendFire’s 2020-2021 contest entries promises flights of fancy inspired by prompts sprung on the community’s writers with little warning. The resulting prose and stanzas are thought-provoking, often startling and, we hope, inspiring in return.

The Compendium may be downloaded for free at Smashwords: 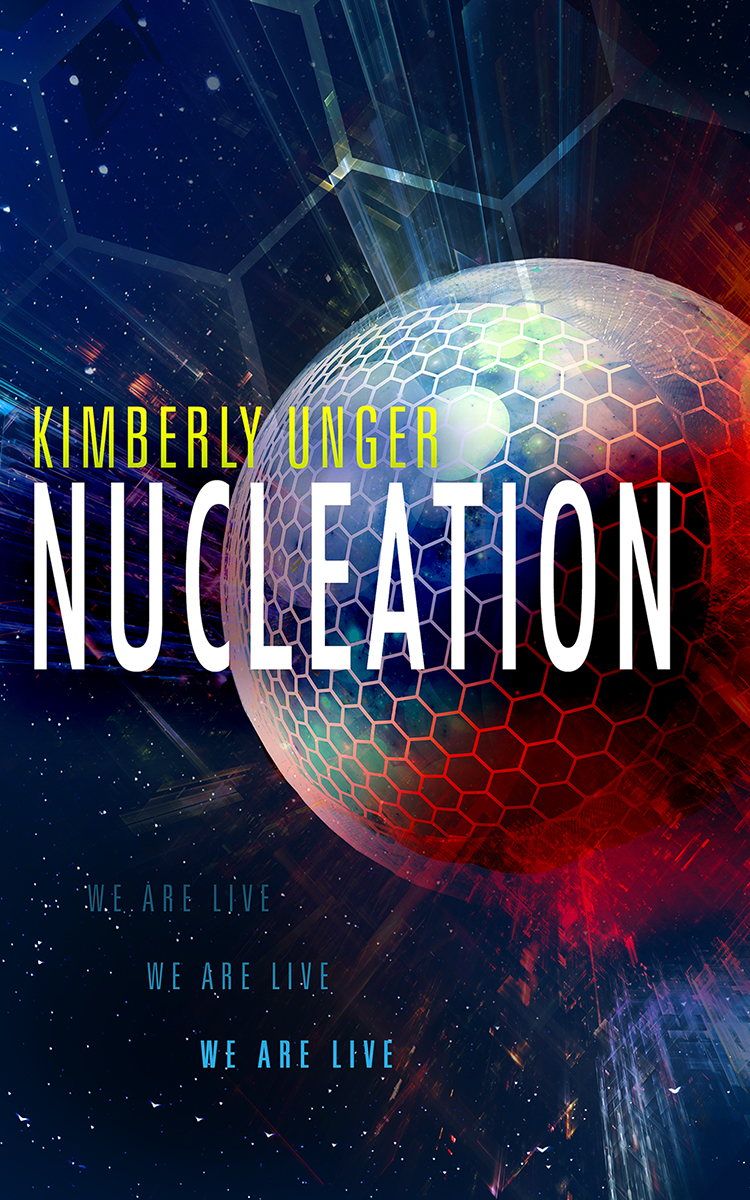 Helen Vectorvich just botched first contact. And she did it in both virtual reality and outer space.

Only the most elite Far Reaches deep-space pilots get to run waldos: robots controlled from thousands of lightyears away via neural integration and quantum entanglement. Helen and her navigator were heading the construction of a wormhole gate that would connect Earth to the stars . . . until a routine system check turned deadly.

As nasty rumors swarm around her, and overeager junior pilots jockey to take her place, Helen makes a startling discovery: microscopic alien life is devouring their corporate equipment. Is the Scale just mindless, extra-terrestrial bacteria? Or is it working―and killing―with a purpose?

While Helen struggles to get back into the pilot’s chair, and to communicate with the Scale, someone―or something―is trying to sabotage the Far Reaches project once and for all. They’ll have to get through Helen first.

Overall Thoughts: For a science fiction tale, this book not only impressed me with its use of physics, specifically entanglement of particles, but blew me away with its scope of imagination. The characters leap off the page with such personality, and the book kept twisting and turning with surprises every step of the way.

Plot Overview: The story follows the tale of an operator who works for a corporation exploring the far reaches of space. Helen plugs herself into the company's quantum entanglement system and sends her consciousness to a "waldo," where she operates robot machinery in a far away solar system. Her work is fairly mundane at first - eject the payload, which is the necessary ingredients for the nano technology (called "eenies") to collect matter around that system's star until enough is reached to build the jumpgate. Except Helen discovers that the spacecraft housing the payload is covered in a weird dust that shouldn't exist (all their eenies recycle all non-used stuff, so no dust or other matter should exist) but then a feedback signal fries her navigator's brains. This horrifying incident catapults Helen into a dangerous and wild mystery full of corporate espionage, possible aliens, quantum weirdness, and rivals trying to silence her attempts to find answers.

Thoughts on Characters: Helen, Keller, Ivester, Hofstaeder, and the rest of the cast all felt unique and superbly drawn. Each held motivations that overlapped or conflicted with others to create delightful tension. Also, PTSD and trauma were covered and dealt with in humane ways that made sense to the world and to the reality of how trauma actually affects humans, which was incredibly refreshing to see in a novel.

Plot Impressions: What a wild ride this was!! The plot followed a loose three act structure. It had me guessing and wondering where we'd go next, and just when I thought I figured out the mystery, a surprise unleashed which had me reexamining my theories. I felt that the ending was a bit abrupt, but then the ending does leave room for any sequels if the author wishes to explore this world and its unique technology again.

Recommend? Yes. Definitely worth the read!

This review may also be found on Aidan's Goodread's page.

Find Nucleation at your local library, your local bookstore, and these retailers: